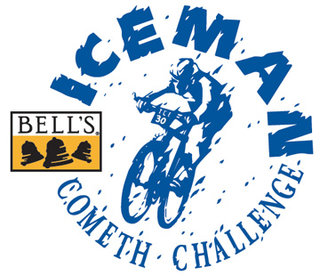 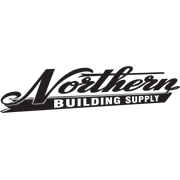 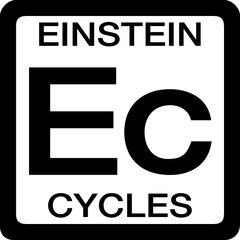 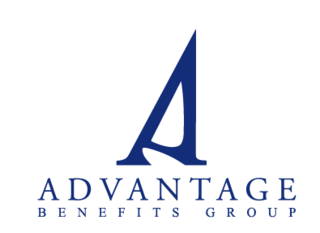 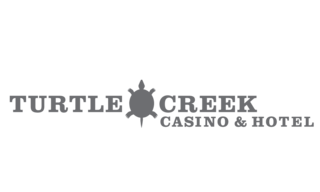 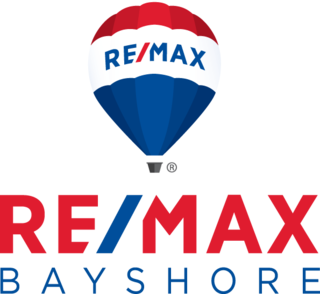 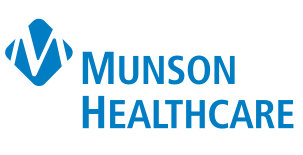 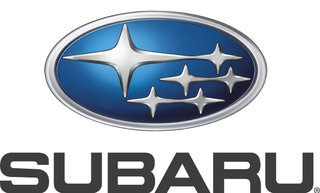 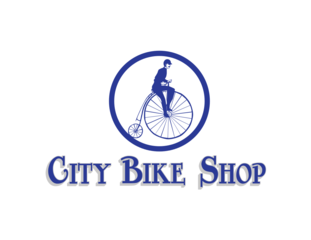 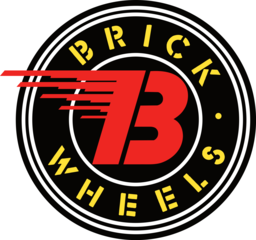 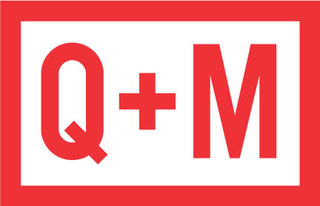 The 2019 Bell’s Beer Iceman Cometh Challenge is a point to point mountain bike race held traditionally on the first Saturday of November. The race starts at the Kalkaska Airport in Kalkaska, Michigan and finishes thirty miles later at Timber Ridge RV & Recreation Resort on the eastern edge of Traverse City, Michigan. The course consists primarily of dirt roads, two-tracks (the majority of the course), abandoned railroad beds and the world famous Vasa Nordic ski trail. It crosses only one paved road (Williamsburg Rd at mile 17) as it winds through the breathtaking terrain of the Pere Marquette State Forest in Northern Lower Michigan.

The Bell’s Iceman events attract competitive cyclists from all of over the world! Ages range from 1.5 years to 80 years of age. Their ability levels vary from first-time racers to Olympians.

Information about pre-riding the finish line on Friday.

The Start
This is all new for 2019! With the new venue at the Kalkaska Airport, racers start going the wrong way...sort of. Your first turn is east, with a solid quarter of a mile before a long right 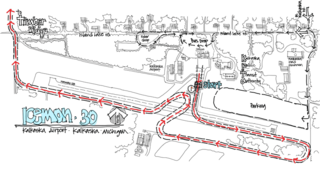 and U-turn to get headed the correct direction to Timber Ridge. Riders will parallel and cross the runway before slicing across Island Lake Road and onto a two-track. In total, you’ll have almost exactly two miles of grass, gravel, and a tiny bit of pavement before the left hand turn onto singletrack.

To Dockery
After two miles of singletrack, it’s a mad dash from Smith Lake to Dockery Road. A mix of two-track and singletrack, a narrow choke point halfway through often proves crucial to the chances of racers in every wave, but the right hander that comes three miles after the turn off Smith Lake can often determine the winners and losers in the Pro categories. It’s one of the few prolonged stretches of singletrack, and it’s one of the first places that the race funnels down into single file. For experienced racers, it’s a time to press on; for others, it’s the first opportunity to catch their breath, check in, and prepare for the challenges ahead. 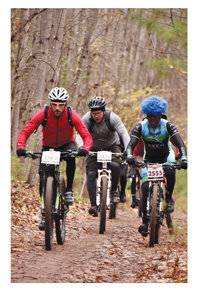 There’s nothing straight forward in the dark forests between Dockery Road and Williamsburg Road. It’s usually the only spot on the course you’ll find slick black mud as opposed to heavy wet sand on rainy days, and home to much of the course’s elevation outside the Vasa Pathway. Keen Technical Solutions always trucks in drums, speakers, and plenty of Bell’s beer to the top of the longest of those climbs, dubbed “Make It Stick” on Strava to encourage riders all day long. This stretch of the course is also notable for the Water Bottle Hill Bypass, which has ushered riders away from a washed and rutted-out descent to a sweeping, sinewy singletrack hand-made by Northern Michigan Mountain Bike Association. Strong handling skills can often allow riders to make up time, or open up a little daylight, on their closest rivals.

Sand Lakes Road
This is where those roadies get their revenge! The longest stretch of gravel road in the race, Sand Lakes is where fast groups can knock their chasers out of the race, or see strong riders put down the power and get back into touch after all those hills in the past four miles. Over the years, this is where you see the most looking around, with riders taking a fraction of a second to see who they’re with, who they’ve dropped, and who is just up the road. It’s not all a drag race, though; near the end of the gravel section is a sandy, steep climb at 8% that is sure to rob you of every ounce of momentum.

The Vasa and the New Headwaters Section
After crossing Williamsburg Road, locals always breathe a sigh of relief. Once onto the Vasa 25km Pathway, you’re almost home, but there’s plenty of tough riding left. Two climbs early, the Boonenberg and Anita Hill, serve as ideal attack points for climbers, though it’s a long, tough 7 kilometers to Timber Ridge. New this year, we’re putting riders on the 5k, otherwise known as Headwaters. Instead of heading straight to Timber Ridge, riders will get a last taste of singletrack with 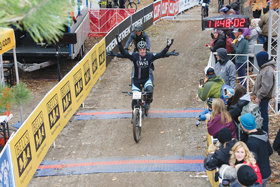 five miles to go, which will spit them out near the Split Rail Fence. Descending toward the Bartlett Road Singletrack, they’ll take a left on Headwaters and tackle over 200 feet of climbing before rejoining the Vasa 25km.

The Grand Finale
Spilling out on the 25km is no relief; they’ll take on the Vasa CC Climb before entering the most straightforward and, we’d argue, brutal finish to take. Riders will hit Wood Chip Hill, Mount Vent Poo, and Icebreaker all in the final mile of the race, offering up a cruel sting just as the legs start to give out. By the numbers, this is the toughest finale to Iceman yet. 25% of the race’s total elevation comes in the last four miles!